You may think you are going to see the third show they shot, but that's another of the mysteries of the series, when was the show actually shot?  This one happens to have aired on the 3rd week, October 15, 1960, but it was shot as show #4.  It gets confusing when looking at documents that are based on show number.  Does that number describe the production order or airing order.

That's why the Kinescopes (film reels) of the show are not numbered 1-99 for the episode number, but instead are labeled with the original air-date, year first, ie: this one would be, "601015" for 1960, 10th month, 15th day. So with that theory in mind, we are presenting the series in the order it Aired!

The "Show #3" that these Online Archives are organized as, relates the the 3rd new Episode aired.  Below, in the "Show Format" we present all the info so you can keep track.  These "Show Formats" are based on the origial show rundowns that were created for the series, but then ​edited as I, Allaka-son #2, Greg Wilson, as I digitize and prep the videos for you to see here.

The Stove Illusion is the feature of this episode.  I was amazed at how much work went into the whole segment and the illusion's presentation.  Perhaps you will too, just try to keep track of what's going on with the giant cake cover, the cart, and the stove.  There's plenty of other innovative magic in the show.  Watch the commercials and cartoon intro's for all the creative work and custom props and methods the team conjured up so quickly each week.

The "coloring book" is clearly a unique piece, and was hand crafted by the team, which included a former Disney artist named Glenn Schmitz.  Glenn designed the Basil logo you see up top of this page.  His work is playful and full of magical fun.  Many of his previously unpublished pieces, that we are discovering in the collection, will also adorn this site.

Keep your eyes open for our "Allaka-Tales" to come, when we can get into more detail on this and many other fascinating stories and adventures from that Magic Land.
This Episode also features the "Wizard of Oatz" commercial from which the show derived it's name. See if you can figure out which and how many other design elements of the show were influenced by that commercial... there may be a quiz later!
As you watch the opening, keep your eyes on Nani during the Vanishing Alarm Clock.  Her magical technique is invisible!  This is a textbook example of how to perform that type of vanish.

The closing illusion, The Stove, is much more than just one effect.  See how they make a full presentation of a story-line here, complete with audience participation, and... NO CUTS, no second take, no other chances to get it right.  Mainly because there's no budget!  Why not do it right the first time, just like the live TV from which they honed their craft.  I wonder how they screened the kids that were so lucky to make those special appearances.  Hmm... I'll have to ask Mark and Nani, and report back to you later.
Jackie, Lynn, and Rebo, do amazing work supporting the overall production.  Not only do they all look fantastic, but they are in the right place at the right time, and make it look flawless.  As with all the productions, Jack Anderson's musical improv's and sound effects are the icing on the magical cake.  And speaking of cake, without further delay, please imagine yourself back in that delicious era of magic, play, and surprise...

The Allakazam Archives proudly offers for your viewing pleasure, Episode 3 of The Magic Land of Allakazam! 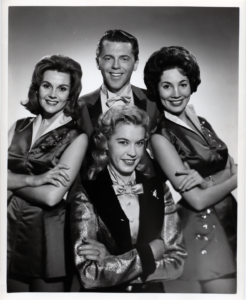 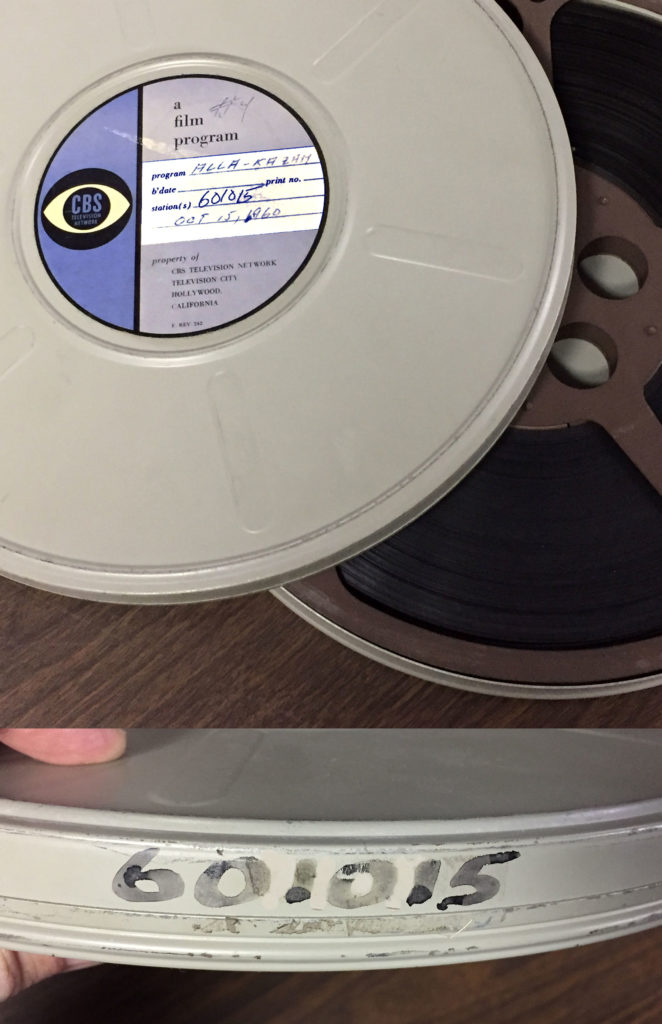 This is an actual 16mm Kinescope reel of the show that aired on October 15th, 1960.  Hand written on the lid is a "#4" which refers to the production order, not airing order.  By organizing using the "Air Date" they eliminated the easy confusion of show #s. 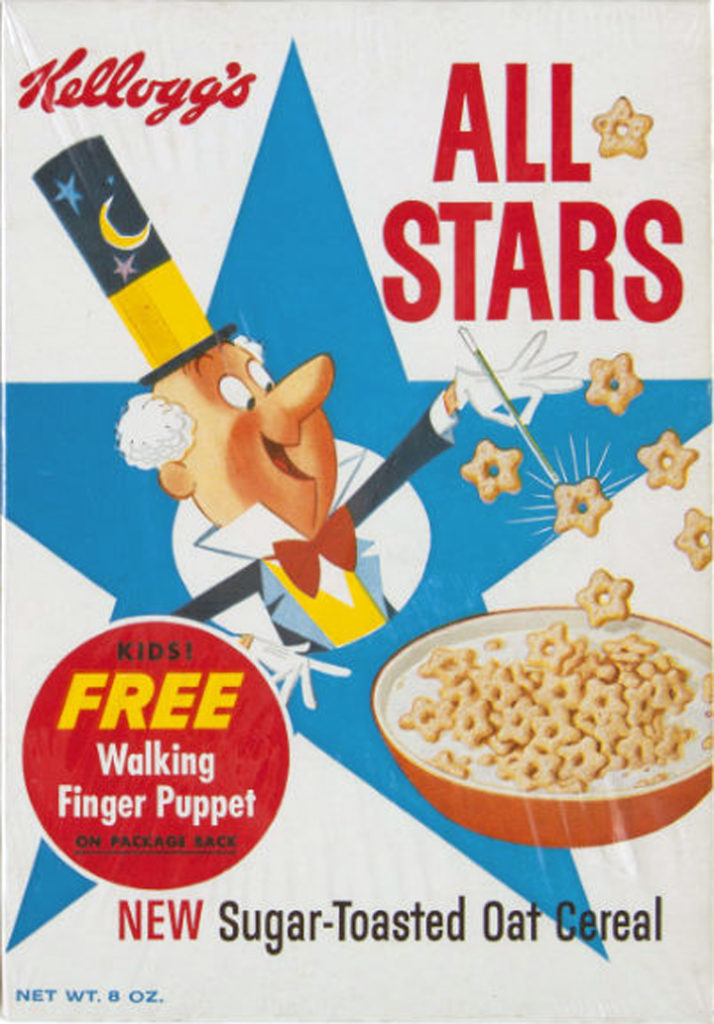 "All Stars" is the Cereal that Kellogg's wanted Mark Wilson's TV show to promote.  Note the elements that were integrated into the set and props.  For example, in the opening credits Mike sits the the Star logo, and the Hat is reminiscent of the "Allakazam Wishing Hat".  Watch the commercial and see what else! 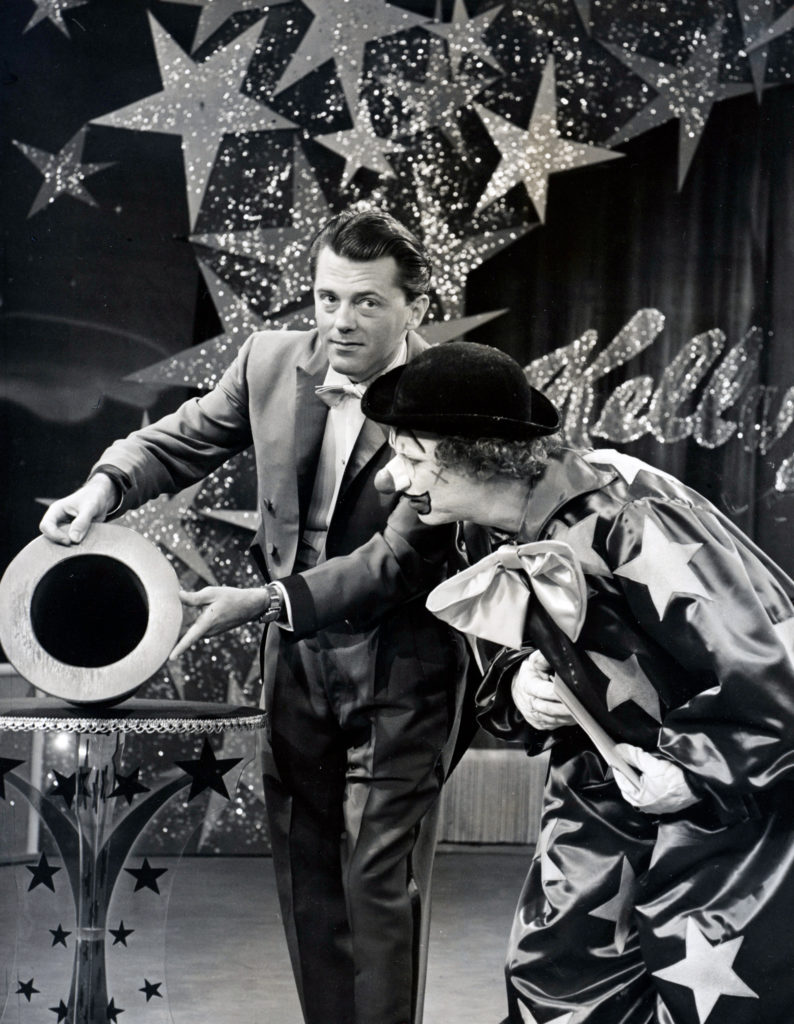 Mark Wilson and Rebo, looking into the Allakazam Wishing Hat as a lead-in into a cartoon.  Notice that this candid production photo is catching Mark watching the monitor just off camera right to be sure the hat is lined up for the TV camera to zoom into it.  Mark's experience with early television was a huge help to the success of The Magic Land of Allakazam. 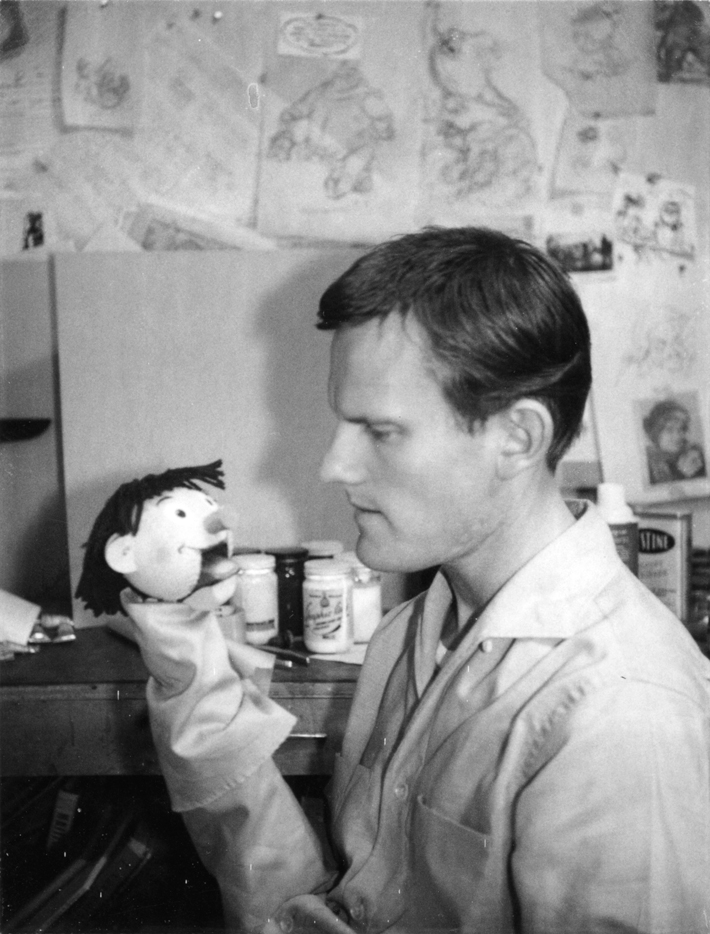 A VERY rare photo of Glenn Schmitz, making a puppet for a later episode.  Note the sketches on the back wall.  I really like this shot!