Why did she pick this particular show?  Well, it features the debut of "The Allakazam Players".  The team gave themselves that name, and I think it united them and gave them another format and style for presenting magic. 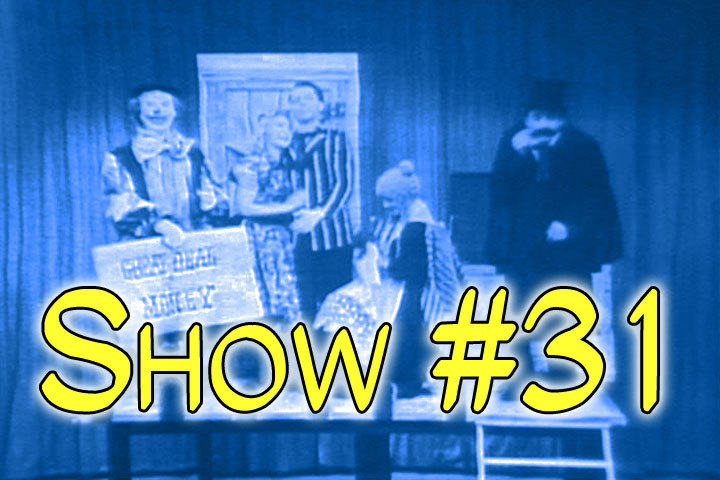 Magic Land of Allakazam show #31, the introduction of "The Allakazam Players"

The show has only 1 cartoon, so it's got the extra time they needed for a fun feature illusion segment at the end.  But this Illusion is so creative, so ingenious, that it is not even called to attention in the presentation of the story.    But I'm getting ahead of myself.

Mark does a clever card trick with Mike to introduce the first cartoon.  Mike was not in on the secret, so his reaction is genuine magic fun!

The Commercial is another reinforcement of integrating the sponsor branding and the use of the Magic Word, "Kellogg's".    It's a great example of magic and message.

Mark and Nani present a coin routine that they clearly must have been performing for many years.  If you ever wondered about Mark Wilson being "just an Illusionist" this coin manipulation will convince you otherwise!

And Nani, the consummate magical partner, handles her part of the "work" seamlessly.  I bet, that if I did not say anything here, you would not have even thought twice about her participation in the presentation of this routine!

I'm so proud of my folks!

And look how cute they are. 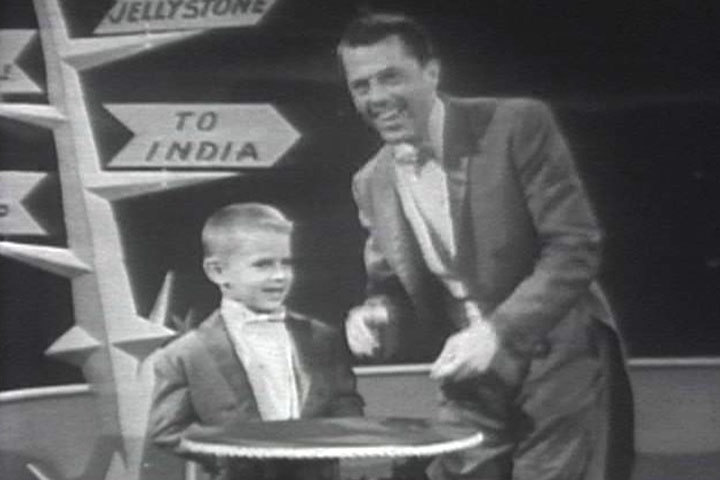 Mike Wilson makes a special appearance during the intro of theYogi Bear Cartoon.  His Dad, Mark, actually let Mike be a real "audience member" and have the fun of experiencing the magic happen!  Listen closely for Mike's joy at the end of the trick. 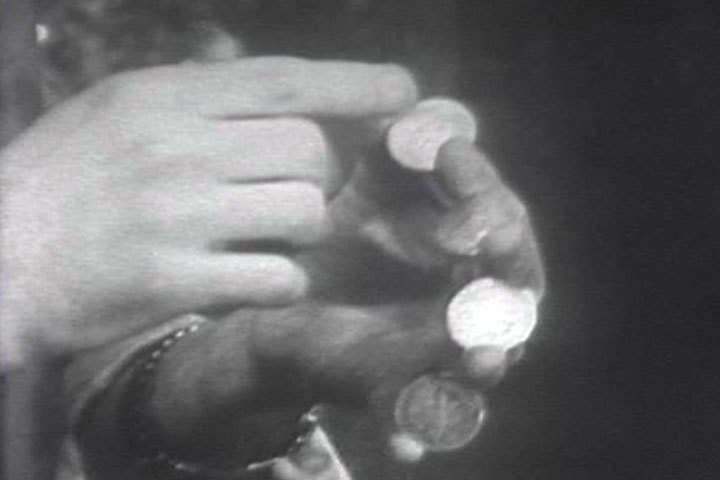 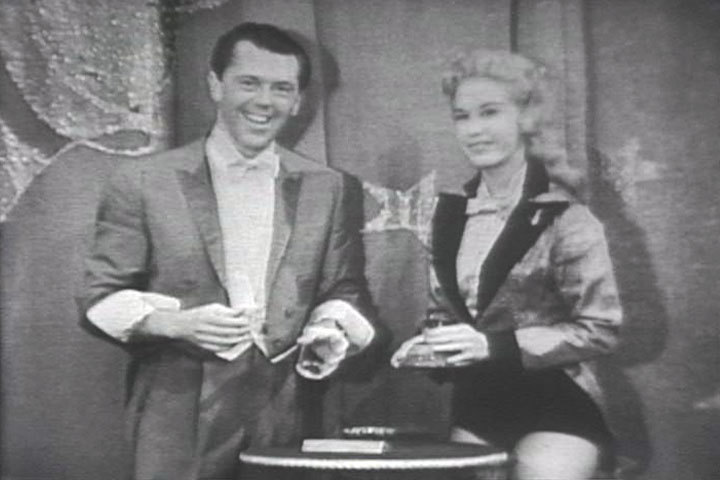 Mark presents his regular bit in the audience, with the kids all around him.  It's a guarantee for fun.  I especially like the reaction of the little boy in the striped shirt behind Mark's shoulder.  He's clearly amazed!  That's what I call a real emotional "Allakazam" magical moment.

The sweet little girl at the edge of the frame on the left is adorable, especially when the bird appears.

After the commercial break, Mark teaches the audience about what an old Melodrama is, and how the audience should cheer and boo the hero and villain.

Mark then introduces the full cast of "Allakazam Players". 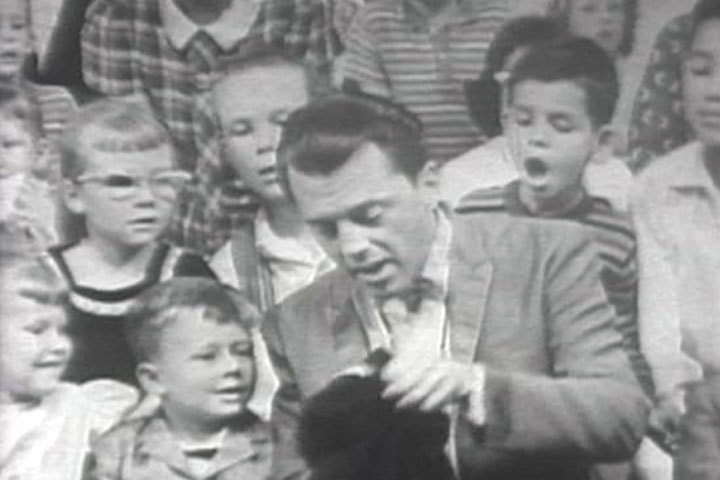 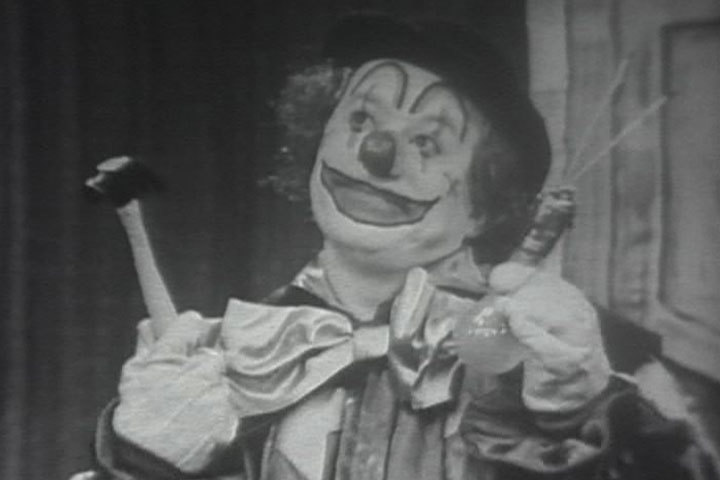 Rebo is the Father, Episode #31

But the evil Villain threatens to ruin everything, demanding the rent, or the hand of Little Nell.  Of course, Father does not agree! 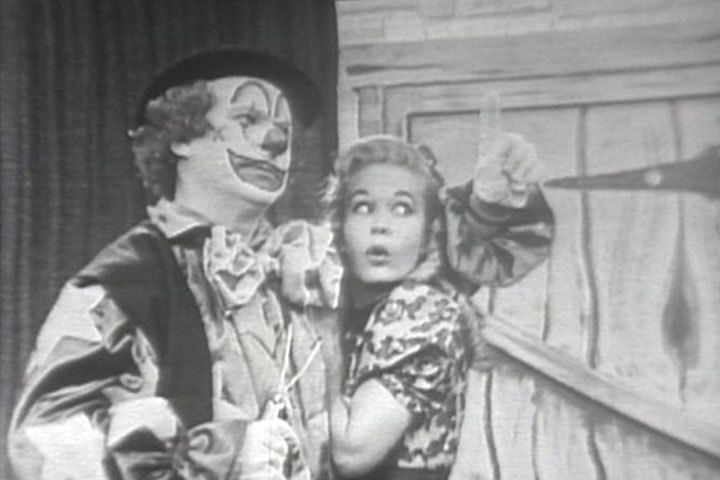 Rebo, "Father" is a wacky inventor that just can't seem to get things to go quite right, but it takes Little Nell's magic touch to make his wireless electricity work! 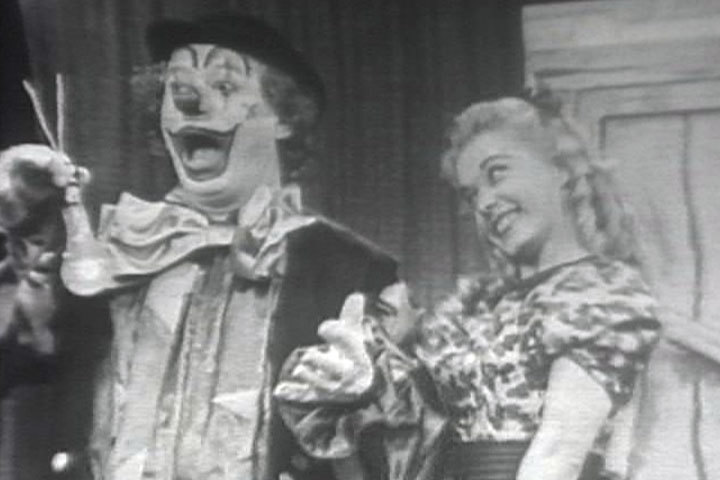 With the electricity working, Father may be able to solve the rent problems. 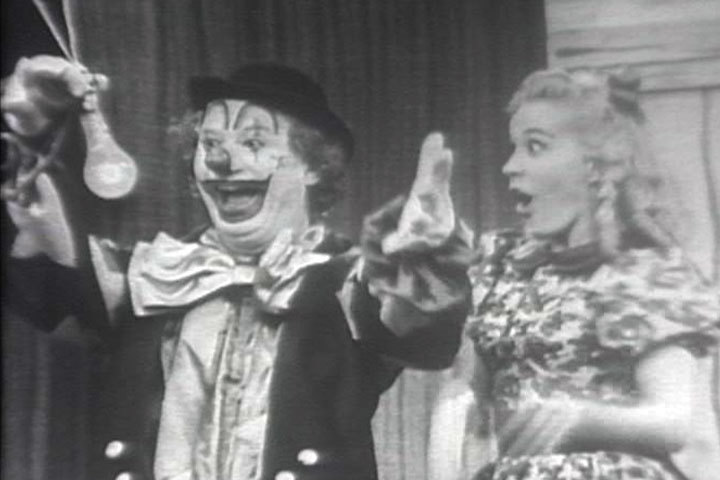 And Mark Truehart and Little Nell clearly have something good going on! 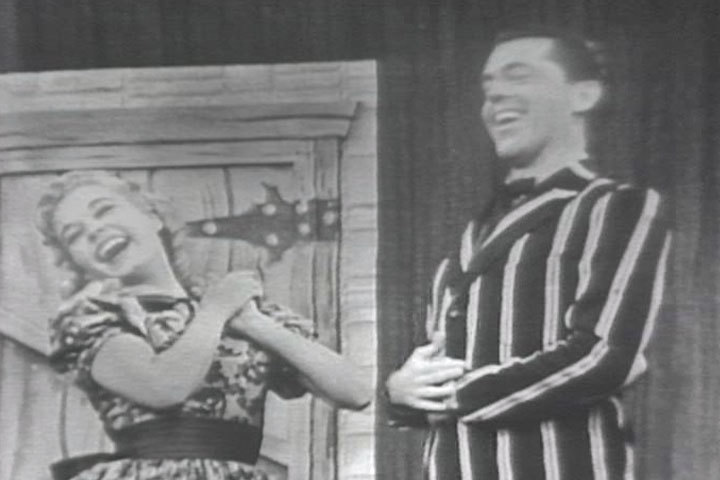 Now  you need to watch the rest of the show to see the magic.  And it's pretty amazing magic.  And the story is a fun one too.  The melodrama plays out to a happy ending, as one might suspect. 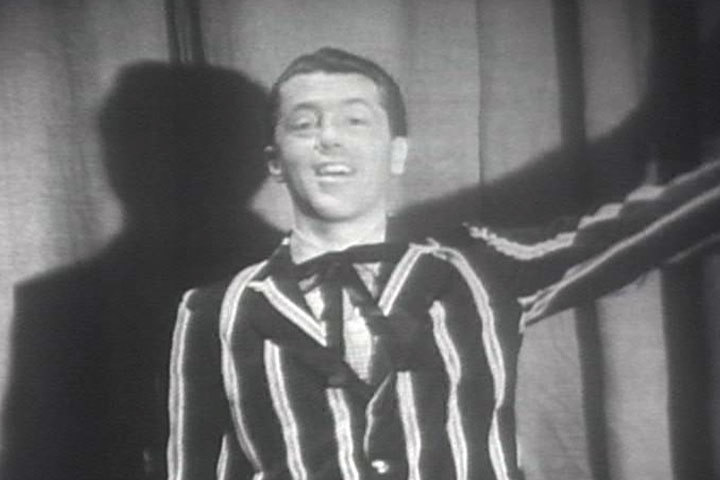 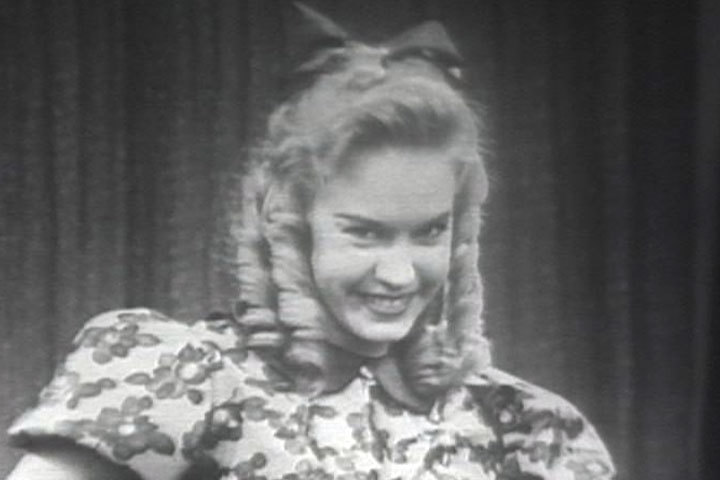 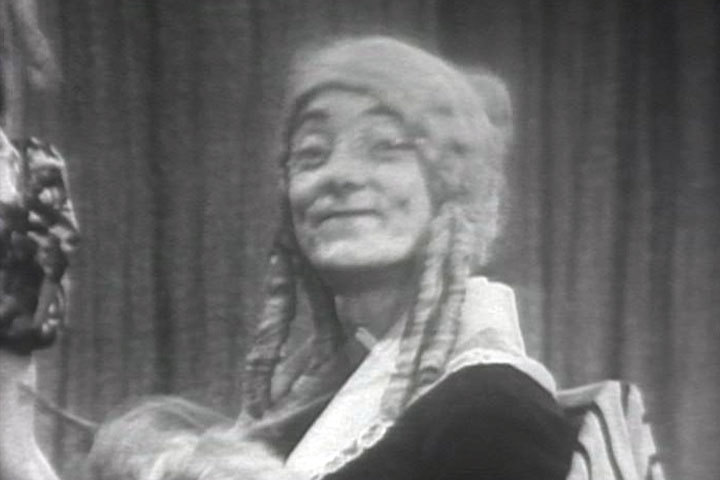 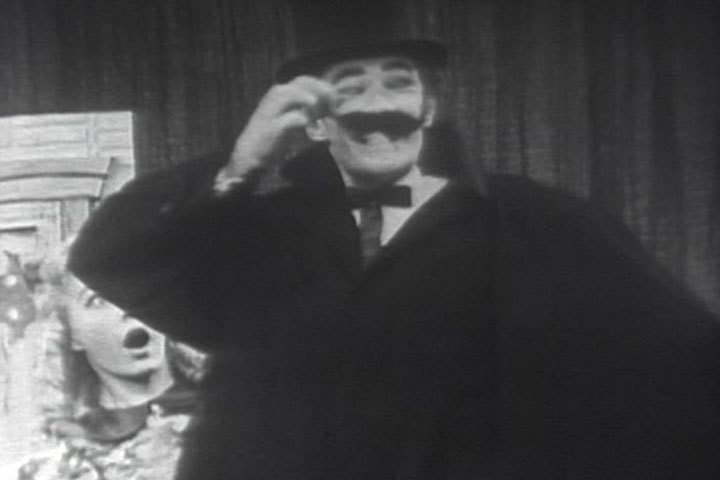 Towner as the Villain, Episode #31

You don't really want me to tell you the secret of this magical story, I know, because I did not want to know when I first saw it.  I did not want the "magic" of the experience taken away.

So as you watch it, just know that they are not breaking any rules that Mark established for magic on TV.  No editing tricks, nothing that the Live Audience does not also see.  Which means that this same bit could be performed on any stage, in a regular theater!  Siegfried and  Roy adopted a similar method for the reproduction of their elephant in the closing sequence of their history making show at the Mirage in Las Vegas.

After you watch this show please let me know what you think.  I was Allaka-bamboozled when I first saw this show on my 10th birthday.  What a great way to be introduced to "The Magic Land of Allakazam".

The Allakazam Archives has digitized to preserve  Episode 31 of  The Magic Land of Allakazam! 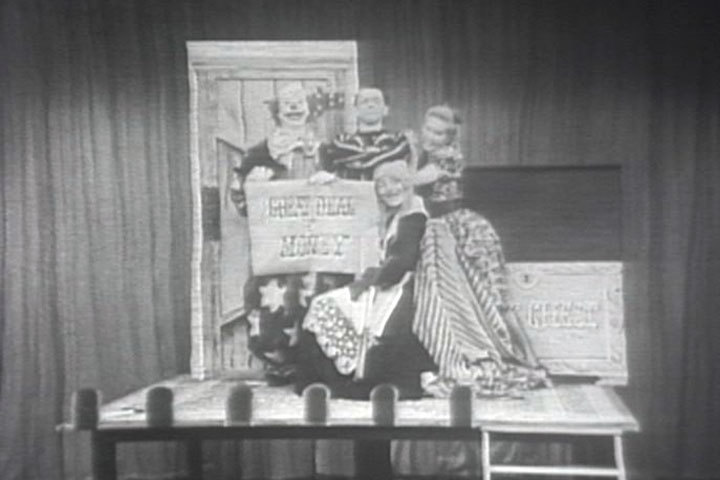